In June 2013, Sunrise Calendar hired me to lead efforts on the desktop version of the popular iOS app. I flew to New York with a suitcase and started as the second employee at the 17th St HQ.

Ten months of blood, tears and sweat later, we finally released Sunrise Calendar for Mac, Android and web, creating a community of millions of users and raving product reviews.

Sunrise Calendar was acquired by Microsoft in February 2015. 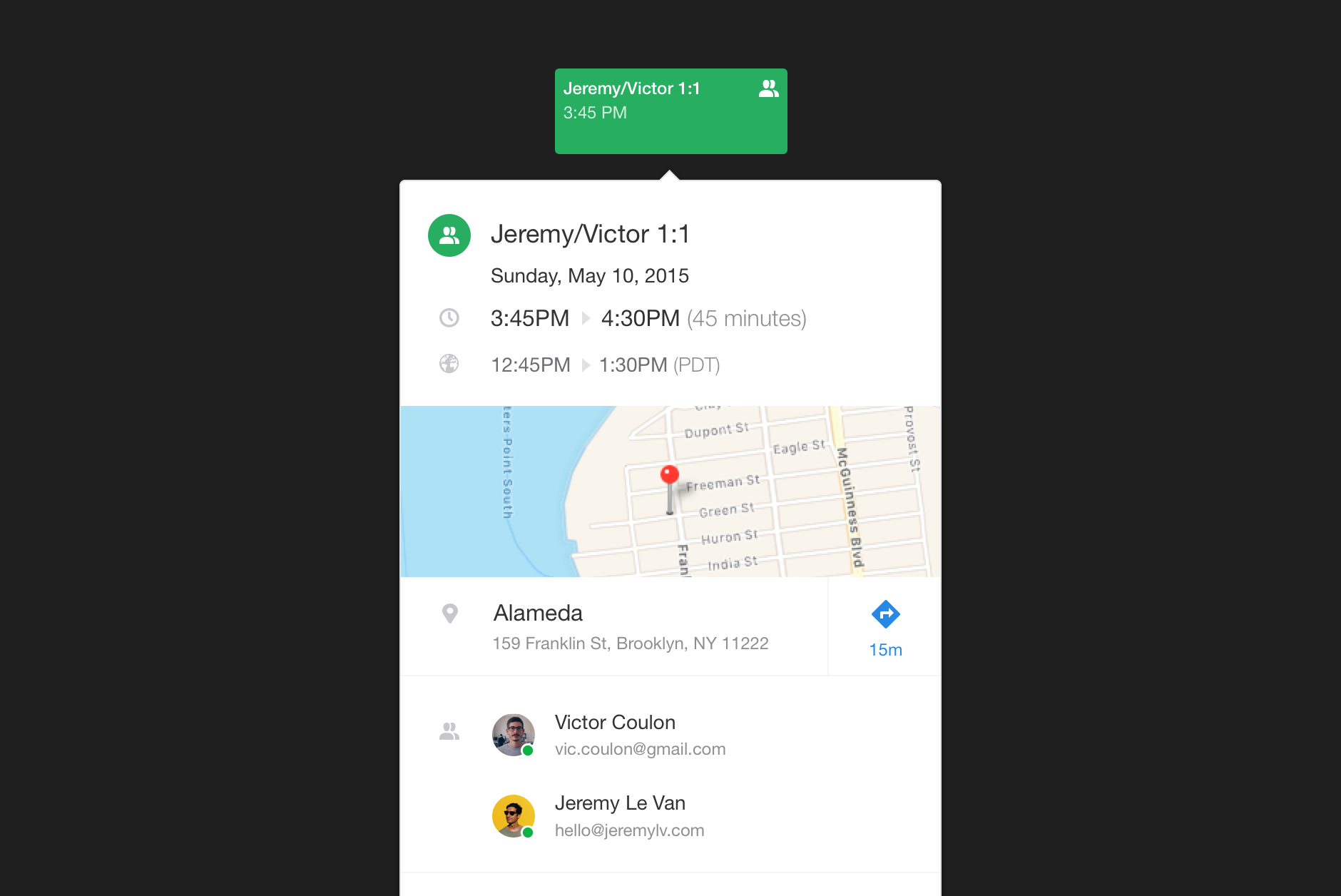 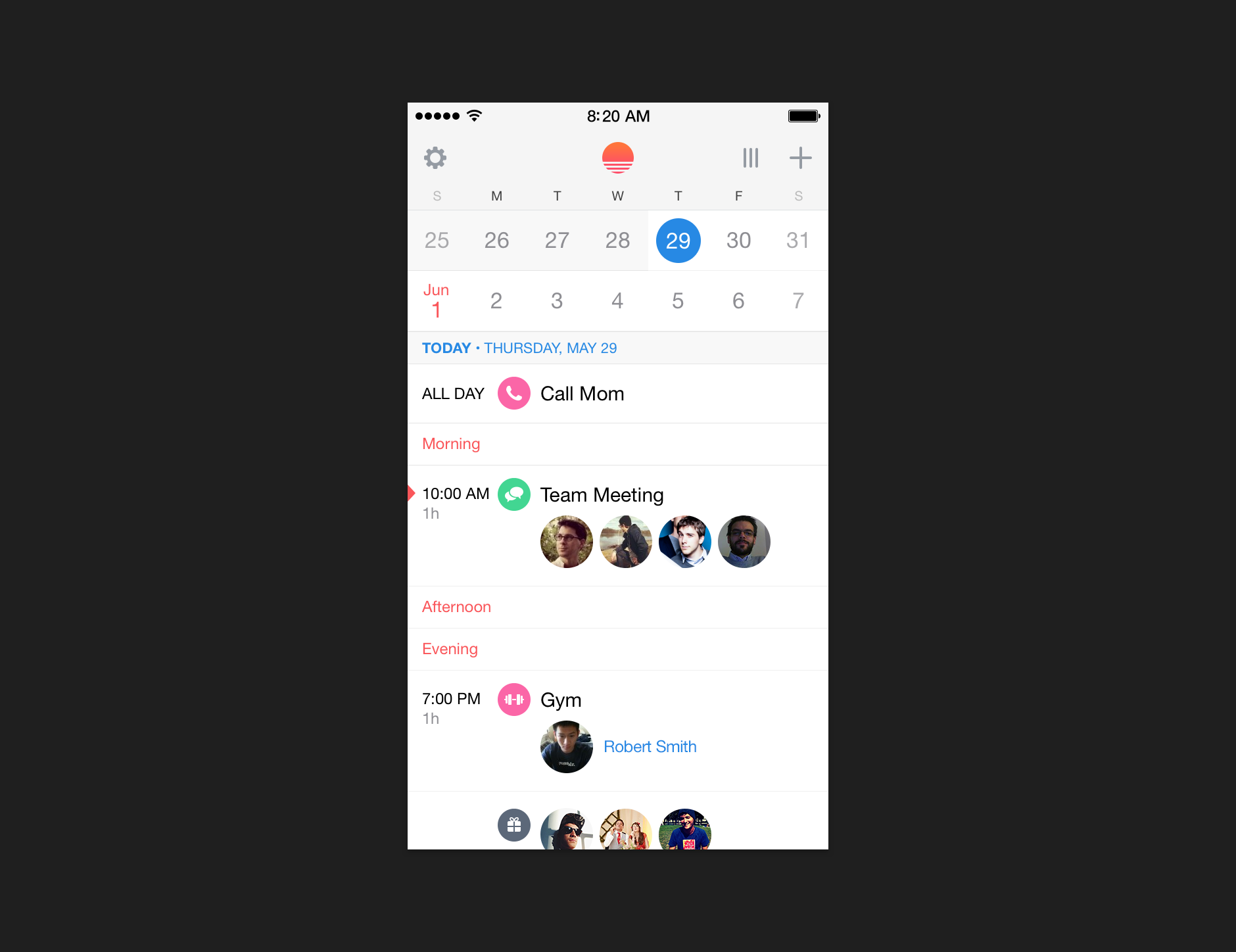